How Touchscreen Interaction and Activities Can Improve Dementia Patients’ Lives

Dementia, along with Alzheimer’s, are both highly debilitating disorders that can cause profound damage to the quality of life of those suffering with them. Over time, dementia becomes progressively worse, a process that can be incredibly distressing for both sufferers and their loved ones.

In the fight to slow down the effects of dementia, there has been a growing interest in the use of touchscreen technology and interactions for residents in care settings living with the disorder. One study has shown that touchscreen tablets have been used to support a range of activities such as reminiscence, communication, cognitive stimulation and social interaction. By letting dementia sufferers interact with such technology, it’s been reported that the wellbeing and quality of life for both residents and staff have been improved as a result.

With the help of previous case studies, we’ll take a closer look at the various contexts in which touch technology can be applied in care home settings, and how it helps to support patients living with dementia.

The benefits of touchscreen technology

For both activity co-ordinators and residents in care homes, touchscreen technology has been shown to benefit in several ways, including: 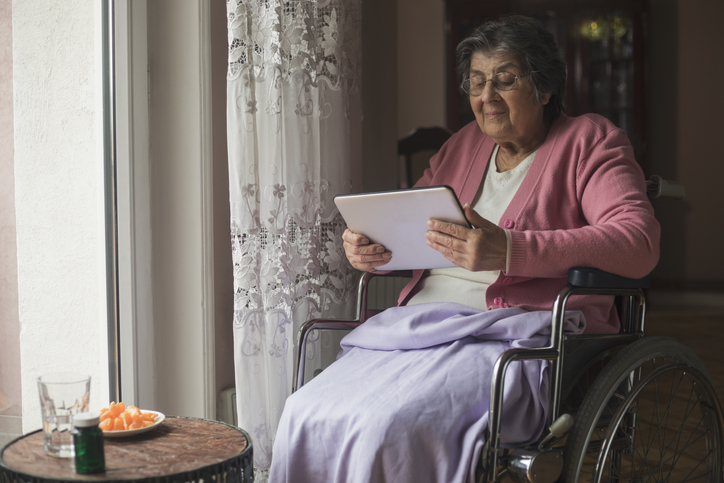 The impact of touchscreens on care home residents

In the study mentioned at the beginning of this article, iPads were found to be a way to bring together residents across a home, no matter what their care needs, abilities and preferences were. With regards to those with dementia, the flexibility and simplicity of such touchscreen capabilities led to reduced isolation and greater social interaction. 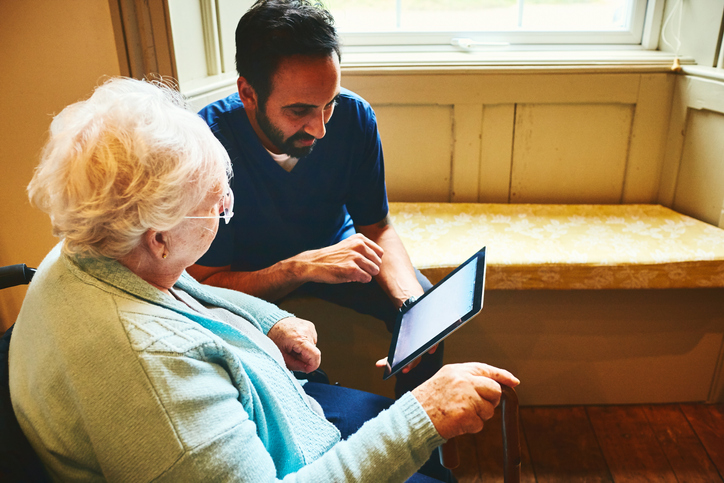 Specifically, it was reported that residents responded positively to activity sessions where they could see old films or songs on the screen, leading to them singing along with the words. This engagement resulted in greater conversation and more general reminiscence.

Reminiscence is the sharing of life experiences, memories and stories from the past. Typically, a person with dementia is more able to recall things from many years ago compared to recent memories, so reminiscence – and by extension, touchscreens – can help provide those with dementia a sense of competence and confidence through using a skill that’s still at their disposal.

The study also makes note of the effects that iPads had on residents’ mood, with three specific examples pointing to the positive outcomes as a result of interaction with the tablet. 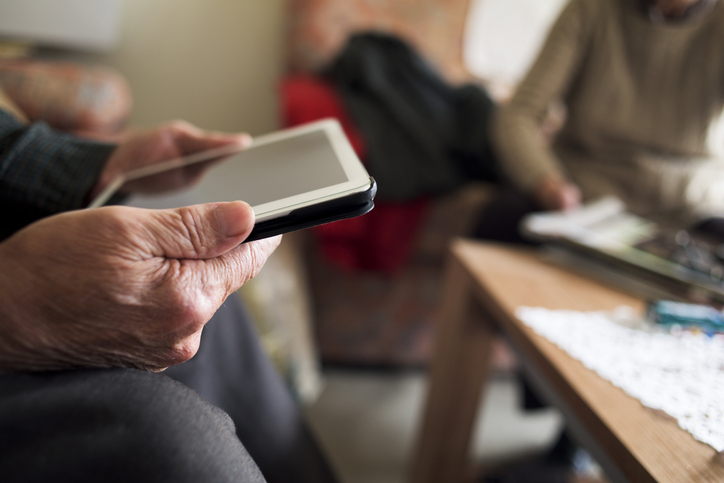 In residents with sensory needs who are bed bound, touchscreens were seen to be very useful too. By bringing the tablet to them, it allows them to partake in calming activities that have a sensory focus.

Crucially, touchscreen technology can help to promote control, independence and choice in residents. Activity co-ordinators can let the residents know what the options are, and then they’re free to choose activities in ways that suit their needs.

As part of the LifeSize Touch range, we feature a series of touchscreen tables which are ideally suited to elderly patients and people with dementia. Our care home touchtables are purpose-built to help people within a care home setting enjoy the many benefits of touchscreen technology. With large screens, lightweight designs and toughened glass, the tables can really aid elderly care home residents and patients with dementia.

At LifeSize Touch, our expert knowledge and innovative technology has helped businesses across the UK flourish. Looking to improve your operations? Head to our homepage today!

About the Author: LifeSize Touch